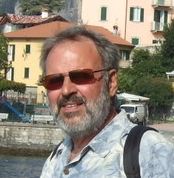 I was a full-time teacher in the philosophy department at Sacramento City College from 1977 until my retirement in 2007. I served as chairman for several years and taught a variety of classes, including Logic & Critical Reasoning; Law, Justice, & Punishment;  Critical Thinking About the Paranormal; Introduction to Philosophy; History of Modern Philosophy; and World Religions. I've also taught courses in Ethics, Symbolic Logic, and Philosophy of Religion.

I received my Ph.D. from the University of California at San Diego in 1974. My doctoral dissertation was done under the direction of Richard H. Popkin and was entitled The Common-Sense Philosophy of Religion of Bishop Edward Stillingfleet (1635-1699). It was published by Martinus Nijhoff, The Hague, in 1975.
My textbook Becoming a Critical Thinker was published by Pearson in 2000. A second edition was published in 2005. The following chapters are available online for free:

I started The Skeptic's Dictionary website in 1994. It has grown from a few dozen to over 725 entries in 2012. The website has been expanded to include essays, book reviews, a blog, and a newsletter, among other writings.

Unnatural Acts: Critical Thinking, Skepticism, and Science Exposed! was published by the James Randi Educational Foundation in 2011. The book is available for the Kindle, Nook, and iPad. For more information on the book click here. Unnatural Acts, the blog is at http://59ways.blogspot.com/

Unnatural Virtue, a podcast segment on Skepticality featuring short commentaries on critical thinking, skepticism, and science, is archived here.
Besides writing a few books and creating the Skeptic's Dictionary website, two of the highlights of my career were being invited by James Randi to speak at the first Amazing Meeting in 2003 and to conduct a workshop on critical thinking at the 5th meeting in 2007. Another highlight was being introduced by Ray Hyman to give an invited talk at the CSICOP conference on Frauds and Hoaxes in 2003. I was also honored to address the Irish Skeptics in Dublin in 2004 on the subject of the scientific proof for the paranormal. In 2010, I was elected a fellow of the Committee for Skeptical Inquiry (CSI).

For more information about me, see my FAQ and Interviews page.

To contact me, write to sdfbATskepdic.com (replace the AT with @) and put the word feedback in the subject line.
>> To Unnatural Acts, the blog >>

Published by the James Randi Educational Foundation in December 2011.

Book of the Week

Don't Get Taken! - Bunco and Bunkum Exposed - How to Protect Yourself
Book of the Week Archive